When it comes to roots and their medicinal properties, many people will instantly recall something they once heard, somewhere, from someone, about ginger root and it’s benefits. Far more overlooked is turmeric root, which boasts an impressive range of it’s own assets. It looks humble on the outside, much like ginger, but once sliced open, it is as orange as the girls parading around the Jersey Shore. Turmeric is a powerful anti-inflammatory, and is touted as such throughout Indian and Chinese medicine. The most potent part of the root, is called curcumin. Curcumin is thought to be the main pharmacological agent in turmeric; and, in numerous studies, curcumin’s anti-inflammatory effects have been shown to be comparable to the potent drugs hydrocortisone and phenylbutazone as well as over-the-counter anti-inflammatory agents such as Motrin. Unlike the drugs pushed upon us by doctors, which are associated with significant toxic effects (ulcer formation, decreased white blood cell count, intestinal bleeding), curcumin produces no toxicity. Imagine that. Healing from within. Though the concept may seem too good to be true, studies have in fact, proven turmeric to be comparable to a number of pharmaceuticals.

Turmeric is also shown to have positive effects on Inflammatory Bowel Disease (or IBS), and curcumin is a proven antioxidant powerhouse; protecting cells from free radical damage with links to cancer prevention. In fact, epidemiological studies have linked the frequent use of turmeric to lower rates of breast, prostate, lung and colon cancer; laboratory experiments have shown curcumin can prevent tumors from forming; and research conducted at the University of Texas suggests that even when breast cancer is already present, curcumin can help slow the spread of breast cancer cells to the lungs in mice.

There are several ways to incorporate this carrot colored root into your diet, and we’ve included too. The first is a recipe for those with a juicer, and the second is a simple tea anyone can make as a way to start, or end, your day.

Simply Juice all of your ingredients together and enjoy. 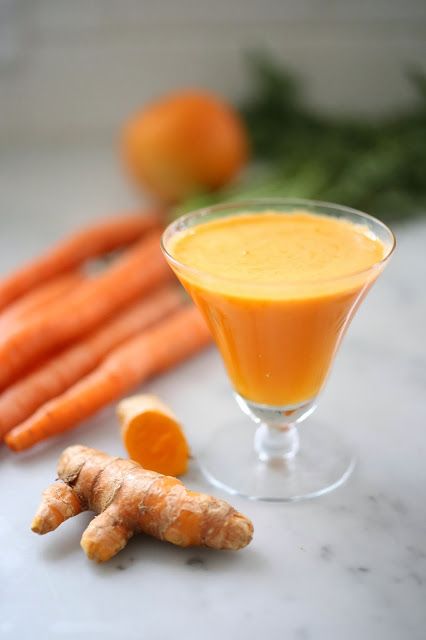 Juice of half a lemon

- Bring 8 oz water to a boil, and add ginger root as the water boils. 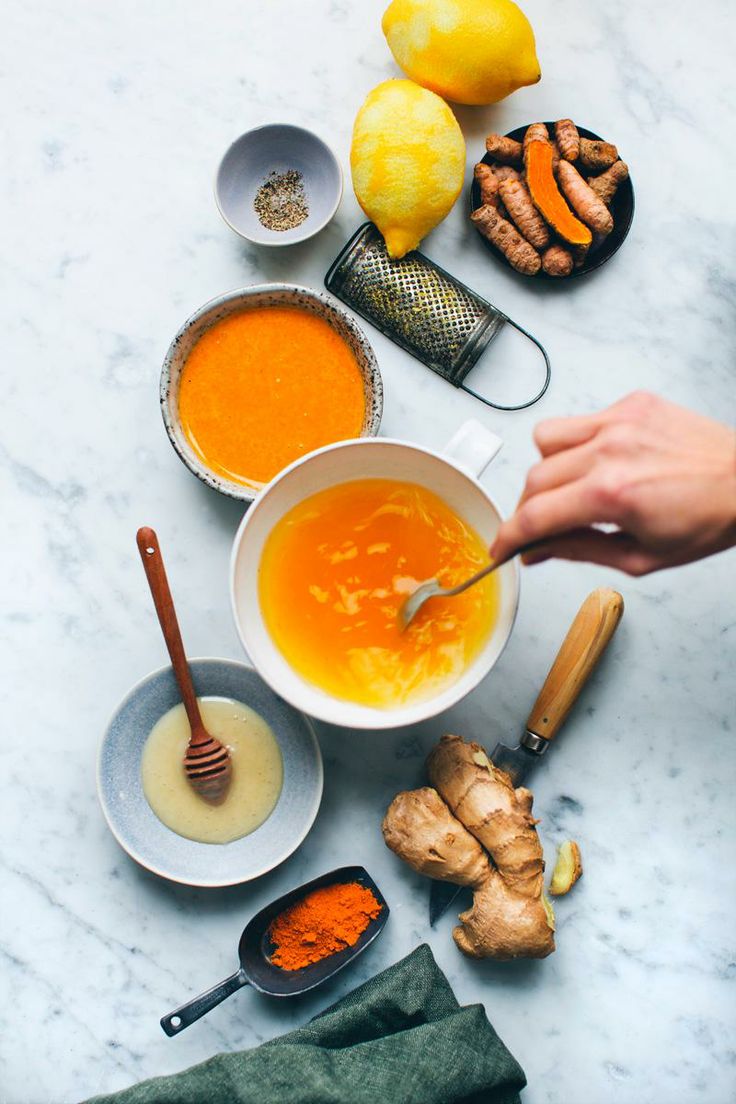