The C word. To some it is offensive, to some it is foul, to most it is considered a completely unnecessary part of one’s vocabulary. But to some, the C word represents a monthly or even weekly release of toxins from their lives. Of course, I’m speaking about colonics. What did you think? For shame…

In any case, there is a great deal of debate about whether colon cleansing is, a. necessary, b. harmful, or c. simply trendy and glamorized by celebrities like Gwenyth Paltrow.

So what IS a colonic, exactly?

Colonics are the gentle rinsing of the colon with warm water, to remove encrusted fecal matter, gas & mucus. This allows vital nutrients to be absorbed & leaves you feeling healthy & light. Colonics can also help re-tone & re-shape the colon. The ideal transit time of food through the body is 18-24 hours. On average in the US it’s now 60 hours for men & 70 for women.”

Assuming you’re 30 years old, and have eaten 2 meals a day starting at age 3, that’s about 20,000 meals that have made the long trek through your digestive system. And now, due to the highly processed, diet Americans consume, along with incorrect food pairings, food now spends double the amount of time it should in your digestive tract. Not only is that enough to make my skin crawl, it could explain a lot of the bloating, water retention, and lethargy most people experience on a daily basis.

Ok, so we never said this was going to be a pretty blog post. But sometimes the truth hurts. Sometimes, it’s downright disgusting.
What can this invasion of your personal space potentially do for you? 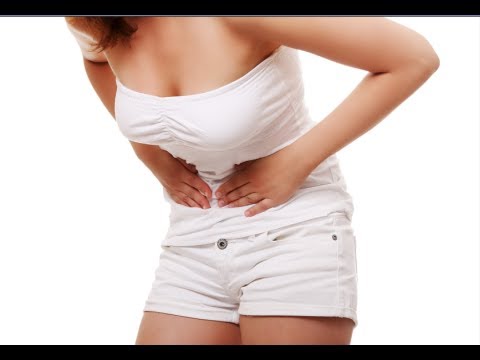 Cleanse the Colon: Breaks down toxic excrement so it can no longer harm your body or inhibit assimilation and elimination. Toxins built up over a long period are gently removed in a series of treatments. Your colon can begin to co-operate again as it was intended. In this sense, a colonic is a rejuvenation treatment.

Exercise the Colon Muscles: The build-up of toxins weakens the colon and impairs its functioning. The gentle filling and emptying of the colon improves peristalsis (muscular contraction) by which the colon naturally moves material. Having Colonics is like taking your colon to the gym.

Reshape the Colon: When problem conditions exist in the colon, they tend to alter its shape because the colon is a muscle and it will enlarge to the build up of toxins not being released. That in turn causes more problems. The gentle action of the water, coupled with massage techniques of the colon therapist, help to eliminate bulging pockets of poop and narrowed, spastic constrictions finally enabling the colon to resume its natural state.

Stimulated Reflex Points in the Colon: The colon is connected to every system and organ in the body by reflex points. The colonic stimulates these points thereby affecting the corresponding body parts in a beneficial way. Thus creating overall well-being and health in the body.

Hydration of the Whole Body: Water is absorbed into the body through the colon which increases the volume of blood. The circulation of the blood is increased, resulting in a greater bathing of the cells. This dilutes the toxins and flushes them out; relieving toxemia and uremia; and increasing elimination both through the kidneys, and the skin as well as the bowels. All this generally assists the cardiovascular and circulatory systems to be more efficient.

Compression of neighboring organs disappears or attenuates when volume reduces in the colon. Relaxing effect on organs above intestines such as the liver, heart, and lungs. Sensation of lightness may be experienced.

Reduces pressure in the intra-abdominal area which improves venous return from lower extremities and pelvic zone. Relaxes pressure on the hips and lumbar column and is beneficial to their mobility. Relaxes abdominal muscles from the action of water temperature and massage that accompany the colonic. Increases abdominal muscle tone due to reducing intestinal residues.

Stimulates peristaltic action of intestines restoring normal muscle tone and therefore removal of constipation. Potential to correct intestinal transit problems such as constipation and diarrhea without resorting to prescription drugs.

Sensation of well being due to the elimination of mucus, alimentary remainders not digested, gases and toxic bacteria. Relieves inflammation and edema due to elimination of irritating substances.

Expels parasites due to alternating water temperatures and complementary additives to colonic water such as garlic and other vermifuge (parasite killing) herbs. Decreases demineralization of body because it improves metabolism.

Relieves gynecological disorders such as cystitis and dysmenorrhea due to reduction of a prolapsed intestine. Reduces risk of complications after surgery because it reinforces natural immunity. We can suppose colon hydrotherapy improves functions of the large intestines, lymph and nervous system because a relation exists between them in the GI tract.

Reduces weight and slims due to activating elimination. Creates an increase in mental capacity and rejuvenation since it decreases the degenerative process, normal or accelerated, by removing toxic substances that affect biological aging.

There are both critics and staunch advocates of colon hydrotherapy, with both sides making valid points. The anti-colon cleansers state that your body does a fairly commendable job already of cleansing itself, and does not need the help. Some argue that the procedure can be even do more harm than good, and with this, I agree, if practiced in an uneducated manor and environment. A colonic is not a procedure you should book at the nearest hippie wellness clinic. Take your time to research your colon therapist, and swap stories over mimosas of who’s colon cleaner does the job. (Because secretly, you all want to know).

Advocates, (and there are many), will tell you their stomach feels flatter, their body lighter, detoxified, and refreshed. Be sure to consume a high quality probiotic post procedure to reintroduce good bacteria and gut flora back into your system.

It is also worth mentioning, that just because people aren’t talking about it, doesn’t mean they aren’t thinking about it. So bring that conversation to your next dinner party.