Have you ever been behind someone in line at a coffee shop, and heard them order a latte, only to culminate the sentence with the obligatory addition of,  “a SOY latte. I don’t do dairy,”? If you’re feeling particularly sassy, you could wag a finger at them, but you’d be better off informing them that 90% of soy produced in the United States is genetically modified. The reason the health marketing machine has touted soy as a health food for decades, is because consumed in a fermented form, soy does actually possess some benefits. The problem is that most Westerners consume unfermented soy.

1. High Phytic Acid (Phytates): Reduces assimilation of calcium, magnesium, copper, iron and zinc. Phytic acid in soy is not neutralized by ordinary preparation methods such as soaking, sprouting and long, slow cooking, but only with long fermentation. High-phytate diets have caused growth problems in children.

3. Goitrogens: Potent agents that block your synthesis of thyroid hormones and can cause hypothyroidism and thyroid cancer. In infants, consumption of soy formula has been linked with autoimmune thyroid disease. Goitrogens interfere with iodine metabolism.

5. Hemagglutinin: A clot-promoting substance that causes your red blood cells to clump, making them unable to properly absorb and distribute oxygen to your tissues.

7. Vitamin B12: Soy contains a compound resembling vitamin B12 that cannot be used by your body, so soy foods can actually contribute to B12 deficiency, especially among vegans.

10. Aluminum and Manganese: Soy foods contain high levels of aluminum, which is toxic to your nervous system and kidneys, and manganese, which wreaks havoc on your baby’s immature metabolic system.

We’ve all heard about soy’s estrogen content. But did you know that drinking even two glasses of soy milk a day can alter a woman’s monthly cycle? As if that’s not frightening enough, an infant, fed a soy based formula, takes in five birth control pills’ worth of estrogen every day. Five birth control pills. If that same child broke into your circular pill dispenser and did the same you’d have poison control on the telephone in an instant. Parents everywhere wonder why early onset puberty is occurring more and more frequently, and soy is definitely on the list of potential offenders.

Suffice it to say, traditional, fermented soy, such as miso, tempeh, and natto, do have certain nutritional benefits if consumed in small amounts, but traditionally consumed, Western soy is certainly doing you more harm than good. 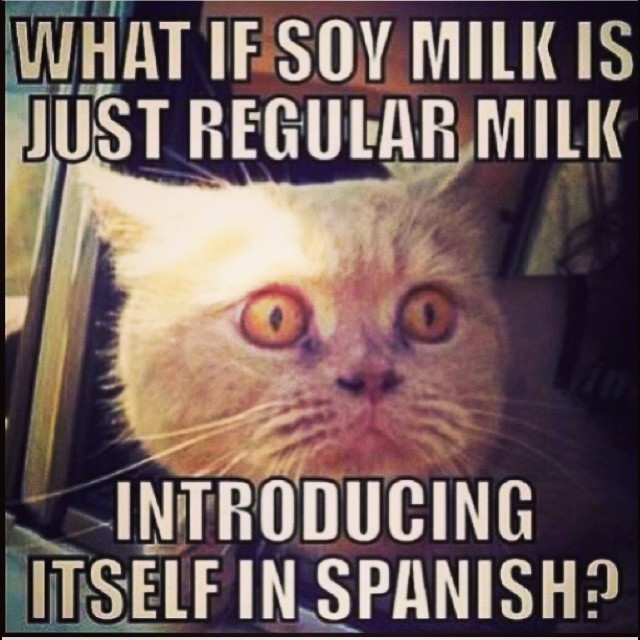 So don’t be a soy snob. Don’t be that person.