I don’t know about you, but if I ever stepped into a pond covered in a film of algae as a child, it was met with a quick recoil, an eyebrow raise of distaste, and a wrinkling of the nose. If the film on top of a pond doesn’t do it for you, maybe the word “algae”, conjures visions of 5th grade biology, face pressed against a microscope, watching this “organism” dart in front of your face. So when two blue green algae were “prescribed” to fight iron deficiency, you can surely imagine my horror. A die hard green smoothie lover and advocate, I reluctantly introduced spirulina and chlorella into my life, with all the enthusiasm of a child being forced to choke down brussel sprouts. But like the child reticent to eat the baby cabbages, it was more the thought and hype of consuming algae that was the problem- rather than the actual sapphire blue swirled powder and teal tablets I crushed into my morning juice on a now daily basis. Surprisingly, the taste is bearable, and the benefits are undeniable.

Spirulina and chlorella are veritable workhorses for vegetarians everywhere. Native to Taiwan and Japan, the preferred method of consumption is pill or powder form, but you must purchase your algae through certified, organic sources. Our favorite is the Organic Burst brand, added to smoothies and juices for an early morning rocket boost of energy.

Although non-vegetarians can of course, benefit, they fulfill a substantial iron and protein requirement many veggie based diets can lack. Here’s the breakdown:

Chlorella:
- Chlorella has SIXTEEN grams of protein per serving. (take that beef)
-•Vitamin A 287% RDA

Chlorella also aids in heavy metal detoxification, immune system support, weight loss, constipation, iron deficient anemia, and possesses anti-cancer properties. As its name suggests, chlorella is rich in the green pigment chlorophyll. This pigment gives green plants their color and is a powerful antioxidant that helps to cleanse the liver and digestive tract of toxins and reduces harmful cholesterol levels. According to the American Cancer Society, chlorella contains 3 percent to 5 percent chlorophyll, the highest amount in any microalgae and significantly more than green land vegetables. 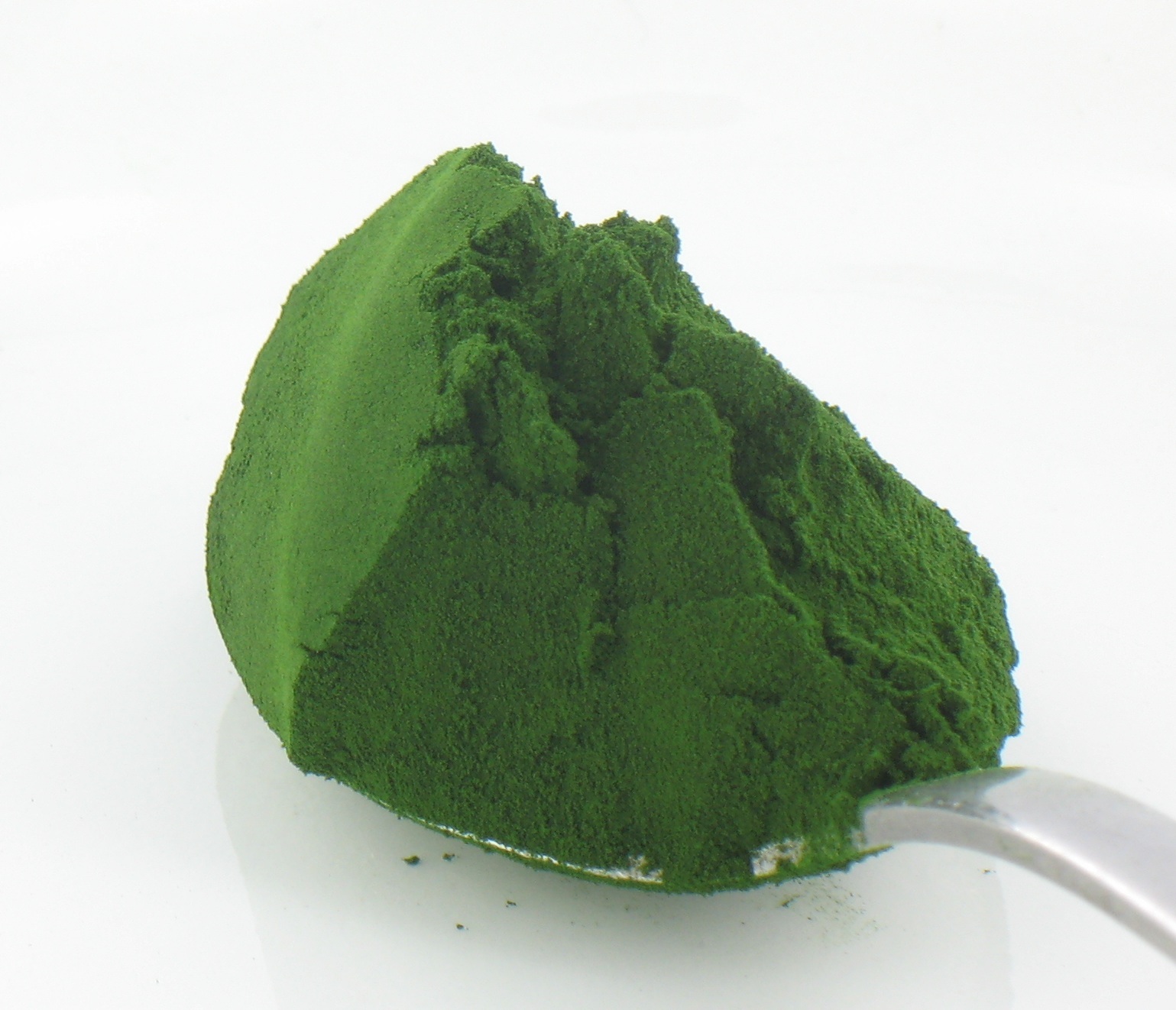 Spirulina:
- Spirulina happens to be the most concentrated source of protein on Earth. Yes, on Earth. Mind=blown.
- The high concentration of protein and iron also makes it ideal during pregnancy, after surgery, or anytime the immune system needs a boost.
- Spirulina is 65% protein and amino acids including the essential fatty acid gamma linolenic acid (GLA) which has gotten a lot of attention for its anti-inflammatory properties, especially when taken with other quality Omega-3 supplements like Fermented Cod Liver Oil. It contains all essential amino acids.
- Spirulina contains Omega 3-,6 and 9s and is especially high in Omega-3s.
- Spirulina is extremely high in Chlorophyll, which helps remove toxins from the blood and boost the immune system.
- Spirulina has a very high concentration of bio-available iron and is excellent during pregnancy and for those with anemia and will not cause constipation.
- Spirulina is a great source of other nutrients including (according to Wikipedia): “Spirulina contains vitamins B-1(thiamine), B-2 (riboflavin), B-3(nicotinamide), B-6 (pyridoxine), B-9 (folic acid), vitamin C, vitamin D, vitamin A and vitamin E. It is also a source of potassium, calcium, chromium, copper, iron, magnesium,  manganese, phosphorus,  selenium, sodium and zinc. Spirulina contains many pigments which may be beneficial and bioavailable”.
- This Spirulina (from Mountain Rose Herbs) was tested be an independent laboratory and found to have an ORAC (Oxygen Radical Absorbance Capacity) of over 24,000 which is 4x the ORAC score of blueberries. The ORAC score is generally used to measure antioxidant ability and concentration in different foods.
- Spirulina is also incredibly high in calcium with over 26 times the calcium in milk, making it excellent for children, the elderly and during pregnancy.
- Spirulina can bind with heavy metals in the body and help remove them.
- Spirulina can increase fat burning during exercise.

Which is for you? Both algae will have an impact on health, detoxification, and overall well being. Chlorella can be considered more suitable for someone looking to detox their system, while Spirulina will provide slightly higher levels of protein and iron, for people with specific health issues who may be lacking in that department.