When it comes to preparing food I like simplicity. I like few ingredients and easy prep. In fact, there was arguably more attention to detail and thought put into my overly emphatic rendition of “Let It Go” from Frozen in the privacy of my car today, than to this recipe. This ice cream requires far less effort than trying to mimic Idina Menzel’s vocal range and about half the time.

Ice cream is a pretty common go to dessert, and well known as a comfort food. How and why it obtained this moniker is beyond me, because it is rarely satisfying and almost never comforting. Sure, maybe while you’re eating it you think you made a good life decision. You pat yourself on the back about how you avoided actual therapy by turning to Ben & Jerry; but I’ve never known anyone to sit back after polishing off a pint of this indigestible doom in a bowl to say, “Wow. “That was really the right choice.” I heard about banana ice cream, and like most anyone reading this, was inherently skeptical. It sounded too good to be true, witchcraft, if you will. But after testing it several different ways, without the myriad of undesirable side effects, I can truly say I am a convert. While it may not taste EXACTLY like ice cream, it also lacks the ability to wreak true havoc on your waistline and health, so it seems to be a fair trade. Personally, a favorite is a clean version of “Cherry Garcia”, but you can’t necessarily speak about ice cream without mentioning chocolate, so here are two variations to start (or end) your day.

- 2 bananas, RIPE, quartered, and frozen for at least two hours

- 2 bananas, RIPE, quartered, and frozen for at least two hours 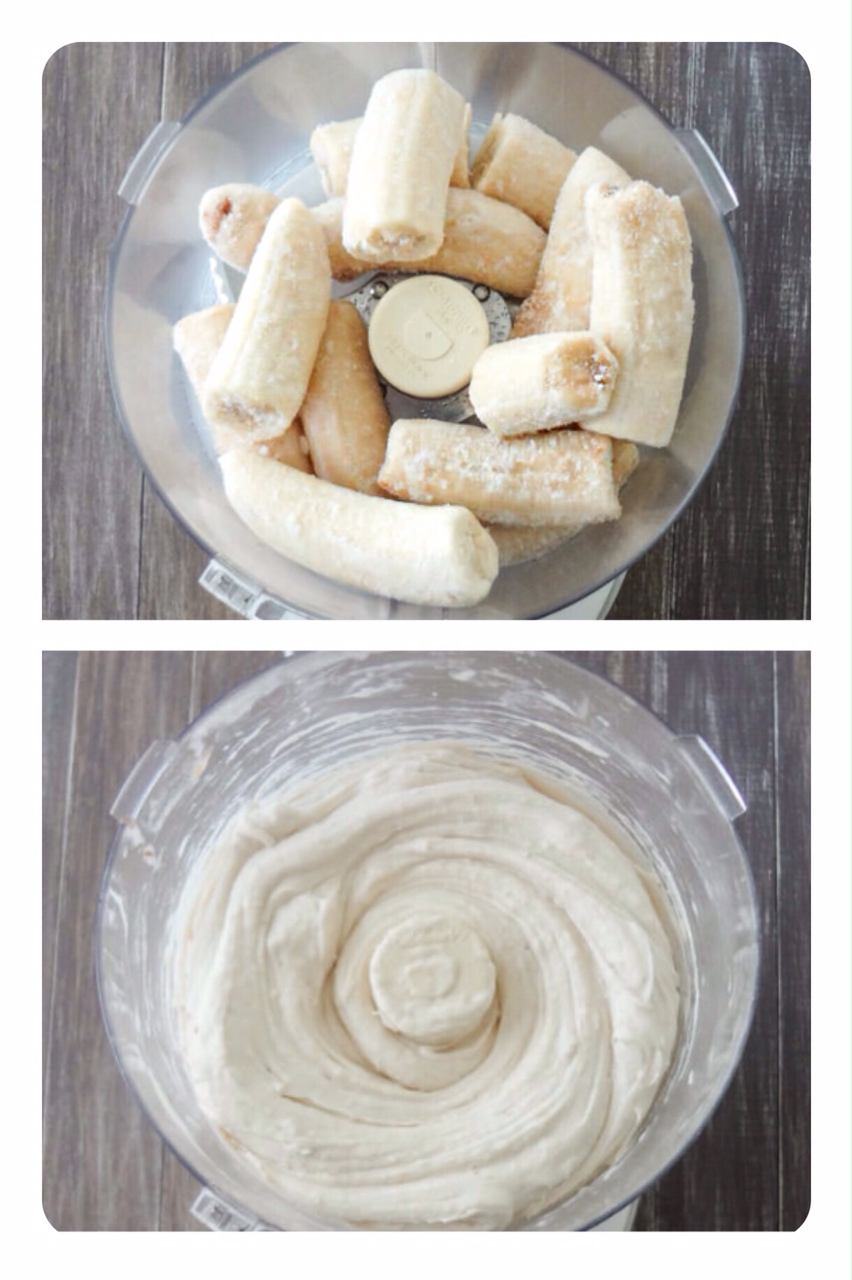 Directions:
- Place frozen bananas in your food processor, or high powered blender, pulse.
- After about 30 seconds, add topping ingredients slowly, allowing to mix until incorporated, an additional 30 seconds. (For Cherry Garcia, add optional chopped chocolate and additional frozen cherries last). Once the ice cream reaches a creamy consistency, stop blending. The heat from the device may cause it to melt.
- Remove from food processor and serve as soft serve, or freeze no more than two hours for more scoopable ice cream.

**This works best in a high powered food processor or blender, such as a Vitamix. If your blender is a standard power, add almond or coconut milk until creamy** 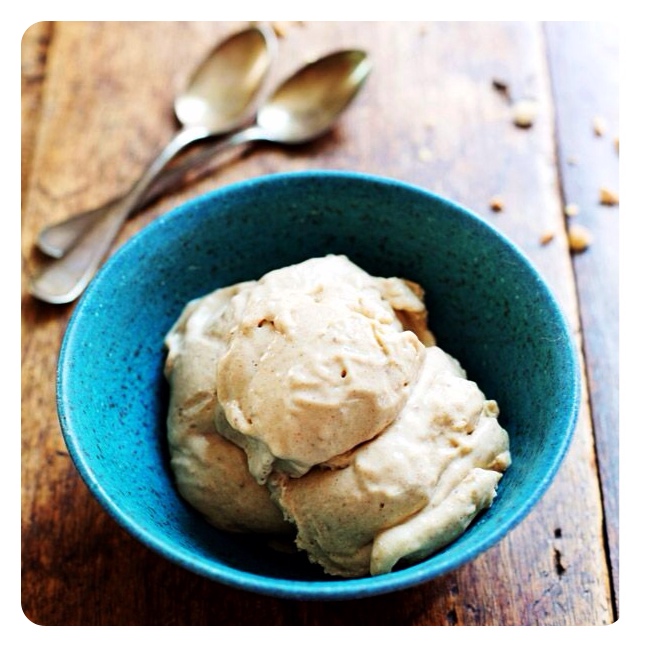